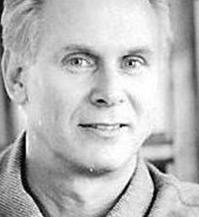 Dr. Scott taught The Meaning of Life along with The Art and Theory of Dance at New York University for the School of Professional Studies periodically from 1995 onwards, for almost 20 years. Students included lawyers, a NJ Supreme Court judge, physicians, university faculty and staff, fashion designers, artists, actors, financial professionals, computer programmers, construction workers, and others from many walks of life.

Scott's scholarly articles have been published by, e.g., Cambridge University Press (1999) and Oxford University Press (2003), and three related books followed: Aristotle's Favorite Tragedy:  Oedipus or Cresphontes? (2018) and Aristotle on Dramatic Musical Composition:  The Real Role of Literature, Catharsis, Music and Dance in the POETICS (2nd ed., 2018).  This last was reviewed in Ancient Philosophy (2019) and the revolutionary ideas in it, stemming from the Cambridge and Oxford publications, are supported in print by specialists on three continents and five languages.  The third book, A Primer on Aristotle's DRAMATICS (also known as the POETICS), published 2019, is an abridged version of Aristotle on Dramatic Musical Composition, and is designed for students or non-specialists just being introduced to the most important work on literary and dramatic theory in Western culture.   This book has no translation, presupposes that the reader is using one of the good, typical translations in whichever language they prefer, and explains how 7 core Greek terms were misinterpreted for generations, in order to juxtapose the traditional and new reading side-by-side. In June 2020, Scott provided a Translation and very short Commentary for those simply wanting the text as Aristotle intended:  Aristotle DRAMATICS (also known as POETICS).

In 2019 Scott also published a book that had been in progress for 26 years, Aristotle's "Not to Fear" Proof for the Necessary Eternality of the Universe [without the Unmoved Mover], and during the Covid-19 pandemic added 7 "digital extensions" that are freely downloadable pdf's to cover missed or new scholarship (see www.epspress.com/NotToFearUpdates.html#RelatedLinks for the URLs for each).

Scott's final planned book in ancient philosophy, Dance Theory in Plato and Aristotle:  3 Essays, should appear by early 2022, and then he will focus on other interests, as follows.

In addition to academic philosophy, Scott has actively engaged in two other professions, dance education and information technologies. After studying at the San Francisco Ballet School and the National Ballet School of Canada, he taught ballet in New York and California, and became professionally involved in computer dance technologies while pursuing his academic degrees. He subsequently directed the doctoral studies program in dance education at New York University from 1995-8. During that time he created and headed The Practice and Theory of Teaching Ballet, a summer program that featured Claude Bessy and Serge Golovine of the Paris Opera Ballet School (1997) and Dinna Bjørn of the Royal Danish Ballet School and the Norwegian National Ballet (1998). He also taught Philosophy of Dance, Dance History, Research in Dance, Curriculum K-12, Ballet Technique, and Computer Studies in Human Movement.

Starting in 1995, Scott also began exploring instruction and performance over the Web, and guided a doctoral student who helped construct the first online dance course, highlighting Lifeforms (now known as DanceForms), a 3-D animation package for computer choreography. Scott's work in new dance technologies extends an interest that dates back to the 1980's, when as a graduate student he began programming in Pascal and when he moonlighted with his own computer consulting business in Toronto, training individuals in software and hardware. He is cited in Symlog, a computerized logic text, for helping implement the program at St. Mary's University, has programmed with, and taught, Java (with an emphasis on servlets, EJB's and portlets), XML, web services, Perl, Javascript and DHTML, and worked in related roles for IBM from 2001 until 2016. The final four years he focussed on cloud offerings and co-authored Establishing a Secure Hybrid Cloud with the IBM PureApplication Family (IBM Redbooks, 2016).

Scott has been an invited speaker at international dance, academic, and computer conferences, was noted in net.Learning, a PBS documentary in 1999, and has been featured in the New York press. With dance-related articles having appeared in Dance Research Journal and in Dance Research, he is also slowly composing a book on the philosophy of Western theatrical dance with a chapter on a new approach to dance composition, explaining "melkines" (which are to dance as melodies are to music), a word he had to coin because in over 2000 years, dancers, choreographers, and theorists have not recognized the phenomenon.  A presentation at the European Society for Aesthetics, Warsaw, June 2019, introduced the new theory to academics.

Scott has taught a philosophy summer course for high school students at the University of Ottawa and has been counseling individuals since 1994 on how one's beliefs and theories impact one's life. Whether teaching, mentoring, consulting, or counseling, and whether the topic is abstruse metaphysics or posture at the computer keyboard, he attempts to bring to bear holistically the knowledge and experience from all his areas of expertise.